BOXING GALA IN PARAKOU’S CITY : Boro is ready for the fight 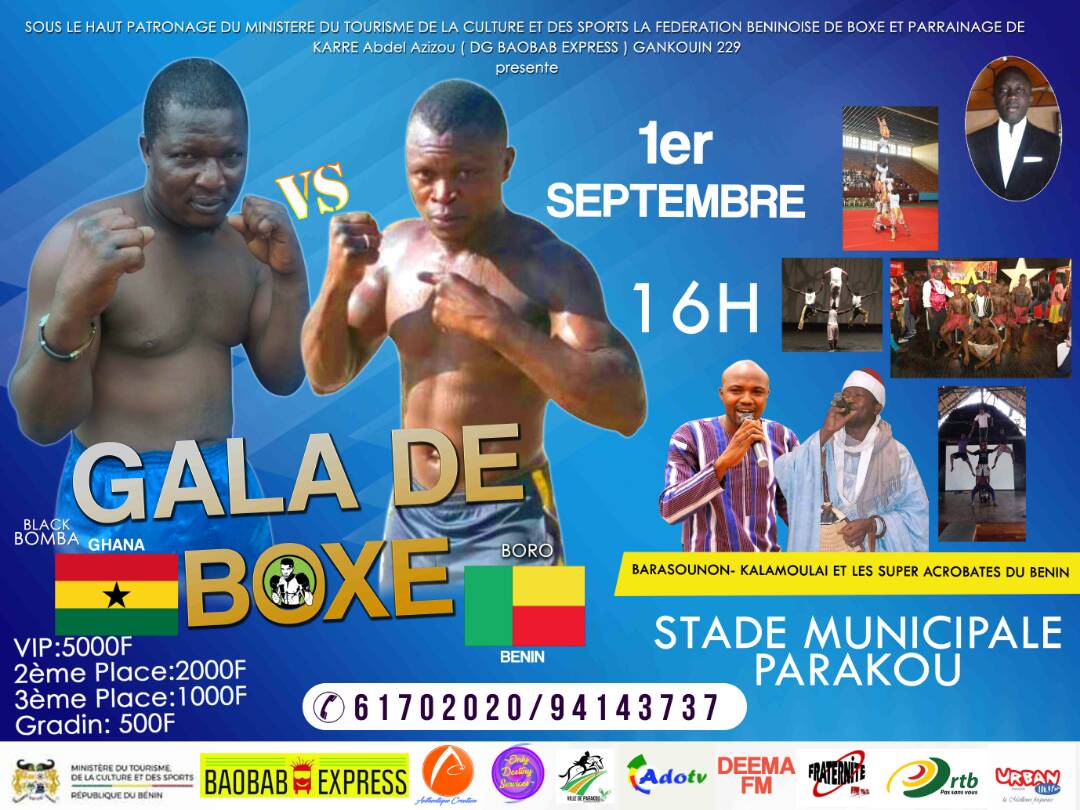 Boro is ready for the fight

He is Séidou Fataou Garadima alias Boro, a professional boxer. In prelude to the Boxing Gala that will take place on september 1st at Parakou’ sports stadium by 4 pm, Boro affirmed to be ready to face the ghanaian boxer Black Bomba. Your newspaper Daabaaru went to his training place to have more information about the personal preparations of this real beast of the rings. He says he is ready and is calling on people to come numerous to support him. Read more.

Daabaaru: On september 1st, a gala evening will be held at the Omnisport stadium of Parakou during which you will face the ghanaian boxer Black Bomba. Tell us what is the mental and physical level of the preparations?

Boro: As you see me in front of you, there is trust, there is insurance. With me, there is no fair play. I am a crusher. I am like the mill. All the corn they put in it, I crush and then it goes. Whatever your level when you come to Fataou, you’ll be K. O.

In regard to preparations, at which level are you?

Not bad. I am lucky to have a professional coach named Martin Patrice. Since I have been in the sport I have never thought that there is anyone who can destroy my body like that. But if I am destroyed it is because all the fat of my body is gone. A body that people have been looking for and even going into pharmacies to take products, that’s what he’s helped me to have in an interval of one-month. He’s the champion, not me. Since he is the one who is creating the champion. As we say, we greet first the one who made the foundation before talking about the one who built. I sincerely greet my coach. Really, I do not know how to express my joy. It is the people of Benin who must come out massively to show him that they are heartful with him.

Tell us, how do you do your workouts? How many times do you do them daily or weekly?

He is a very competent professional coach. Despite his age, we work twice a day, in the mornings and evenings, for a month without rest.

So, in the work, the preparations, are there any difficulties, small muscular sores, tiredness that would prevent you from working?

There are difficulties but we break them. When you have a goal, you do everything to reach it. Reason why nobody knows what’s going on inside me I must reach my goal and thanks to Benin’s people, thanks to my creator the good God, thanks to Abdel Aziz Karré Baobab’s Director.

Finally, at home it is Parakou, everyone knows that you are the best, even on the national level, we would like you to send a message of assurance to those who love you and like boxing.
I thank my fans a lot and invite them to come out. I ask them to come and support me. I am a gladiator. The opponents do not beat me. By the grace of God, victory is ours on Koburu’s city. Mr. Koffi Alban or what is his name, I will correct you because I am a corrector. I would just like Beninese to come out massively to support their brother, their child, their friend of everytime, their actor. It’s me Garadima Séidou Fataou alias Boro it’s me, I do not speak too much, I’m a slugger and I will fix it.

Do you promise a K.O to the populations of Parakou?

I ask the mayor of Parakou to remain quiet. He will see the K.O there provided he does not turn his head. I’m going to correct Koffi, and the mayor of Parakou will not even know when he will start taking money out of his pocket to encourage me. And the same for the prefect of Borgou. I ask them to take care of me, I need their support. I promise to Beninese that I will please them. I ask everyone to greet Mr. Abdel Aziz Karré, Dr. Baobab. If today Parakou is in the spotlight, it is thanks to him. Population of the city of Koburu, let’s stand up for the victory. I want to defend the flag of Benin. I appeal to the minister, I want to defend the flag of Benin. And this, thanks to their moral and financial support. And I want to say thank you to the journalists who are around me, who do not get tired of me, and Inch’Allah, Parakou will be like Paris. The prefect of Borgou and the mayor of Parakou must know that their mandate gives joy to the youth. 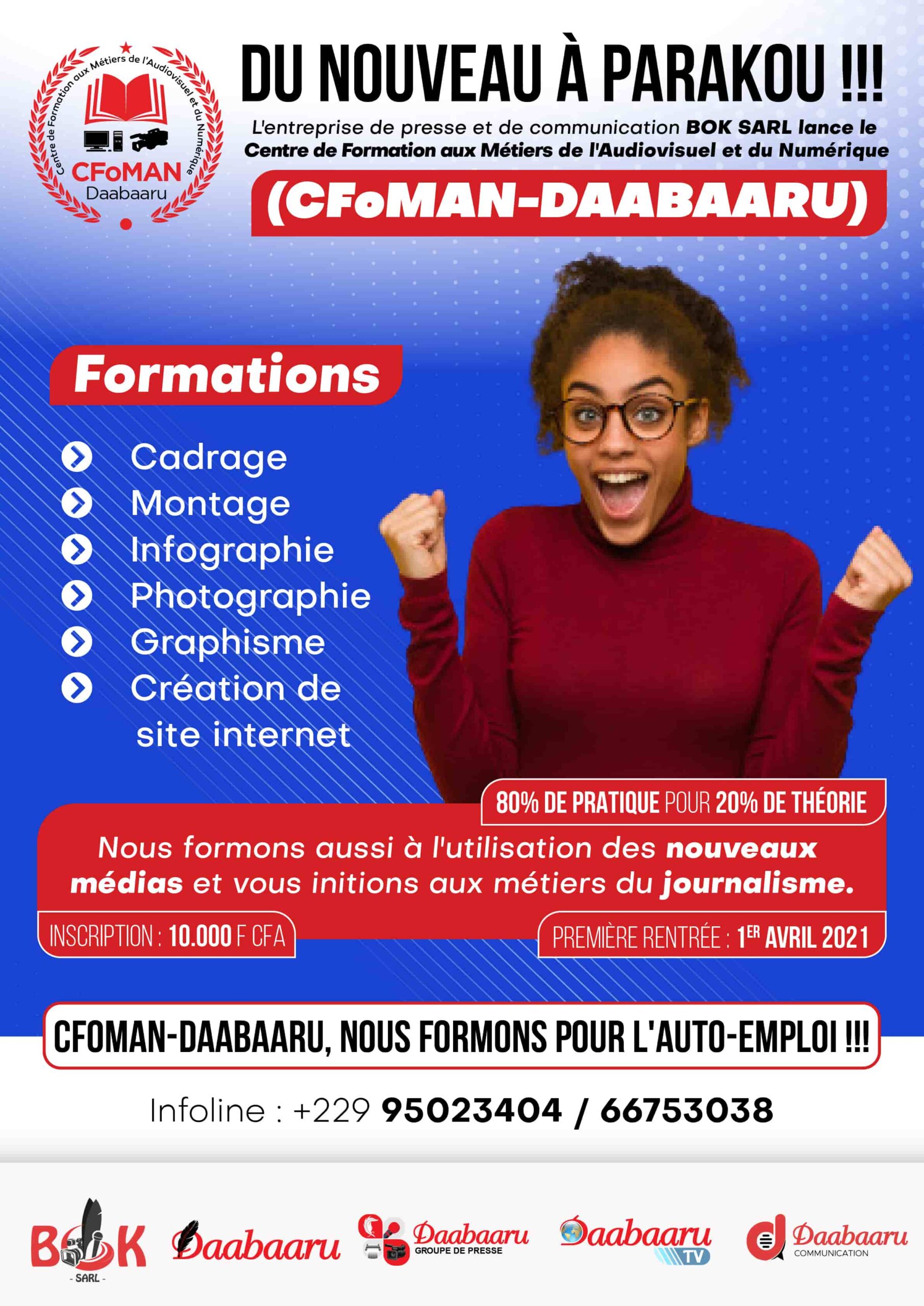 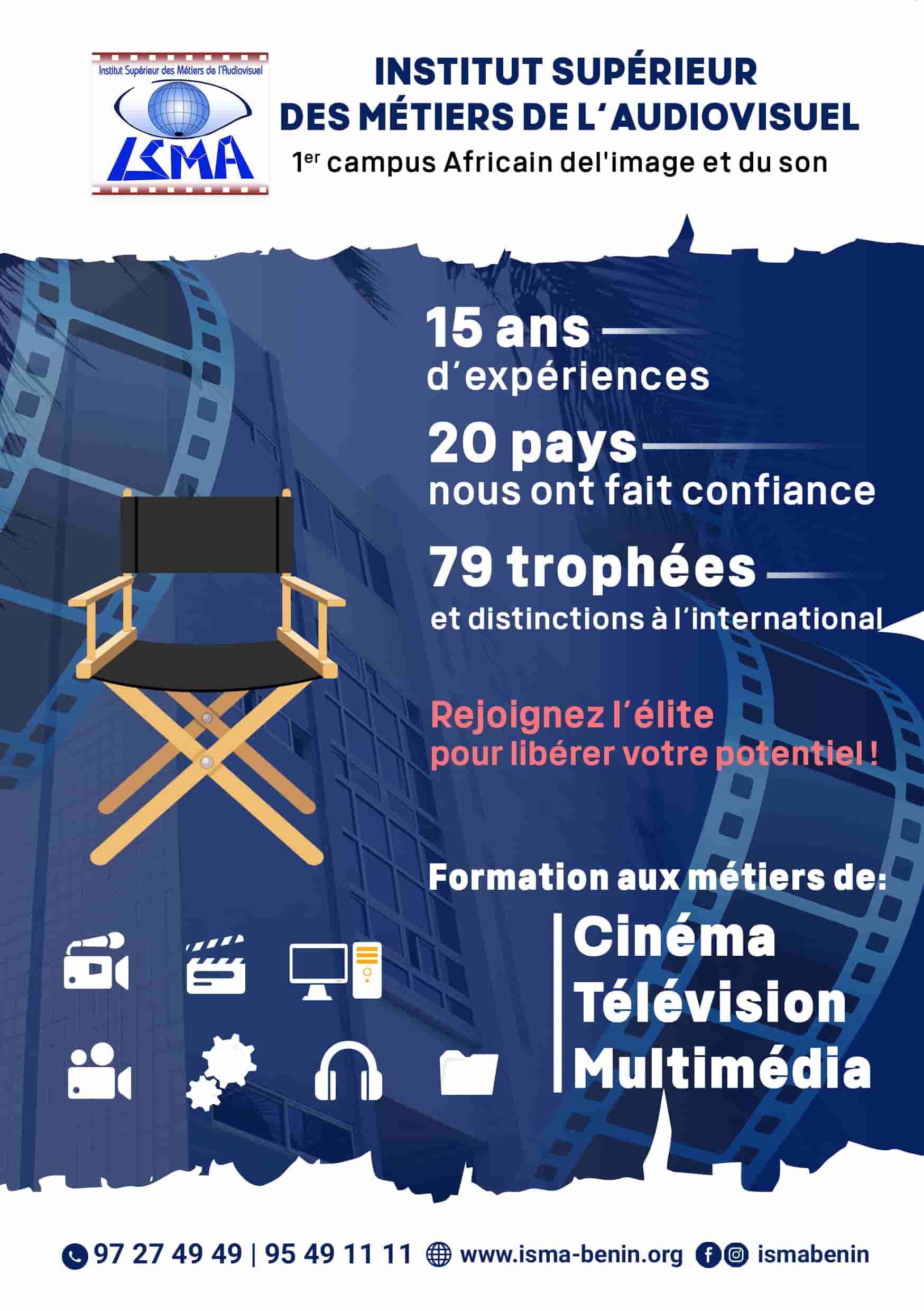 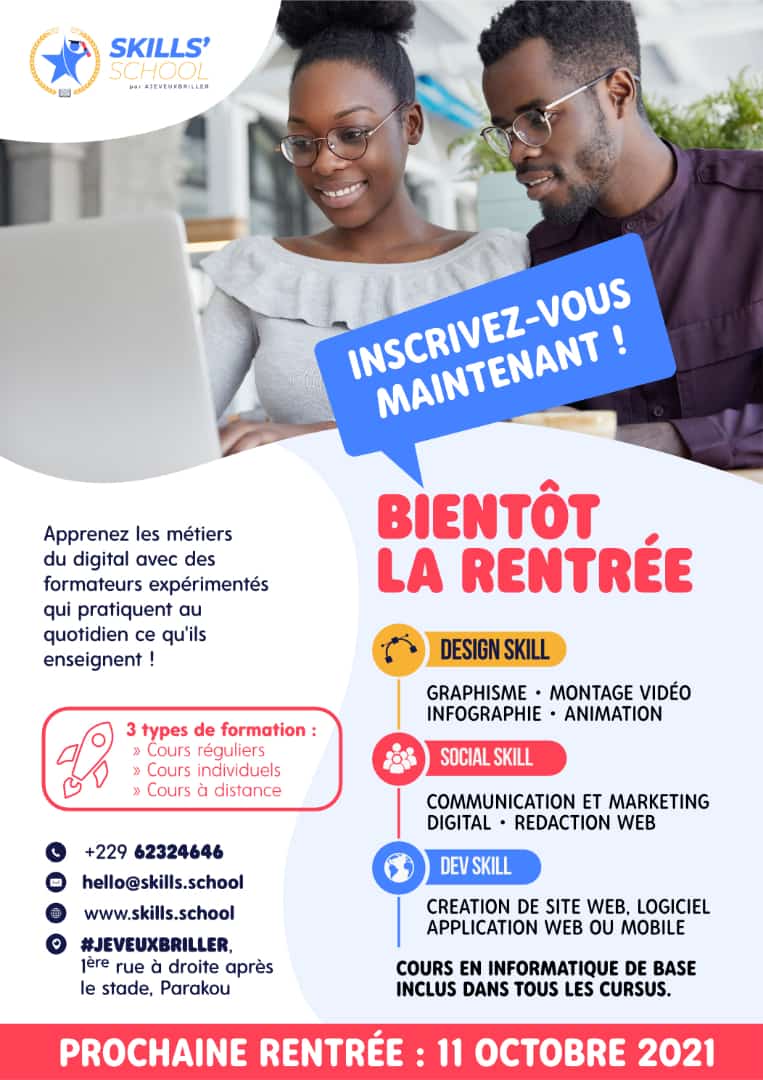 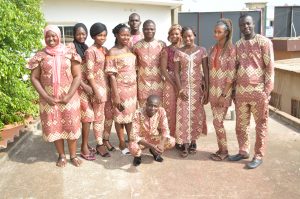